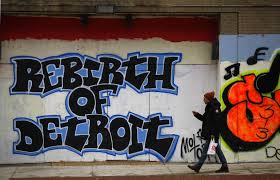 My friend Dana helped me set up my blog. Later that evening, over a beautiful dinner and spectacular bourbon, Dana and her husband Brian shared how they had bought and were renovating a house in Detroit. Dana said that I MUST visit them there along the way. While I was in Ann Arbor, I messaged her with not much hope, since I would be leaving Ann Arbor over the Labor Day weekend and didn’t expect that she’d be up in Michigan at that time. Imagine my surprise when she said yes, absolutely, and in fact she was turning 40 and was having a celebration that weekend in Detroit. Perfect timing!

I’d made the drive to Ann Arbor to Detroit many times in the years that I’d lived in Ann Arbor – playing in the Michigan Opera Theater orchestra. I’d never spent any real time there though. Detroit is quite a broken city – it’s bankrupt to the tune of 18 BILLION dollars and there are over 50,000  (yes, that number is correct) abandoned, broken down, and decrepit houses everywhere. But there is an effort to try to bring it back to life. Foreclosed and abandoned homes are auctioned off – you can buy a house for around $1000 – with the hope that the re-investment in the economy will help to bring the city back to life.  Dana and Brian are part of that effort, and I give them HUGE props for this. 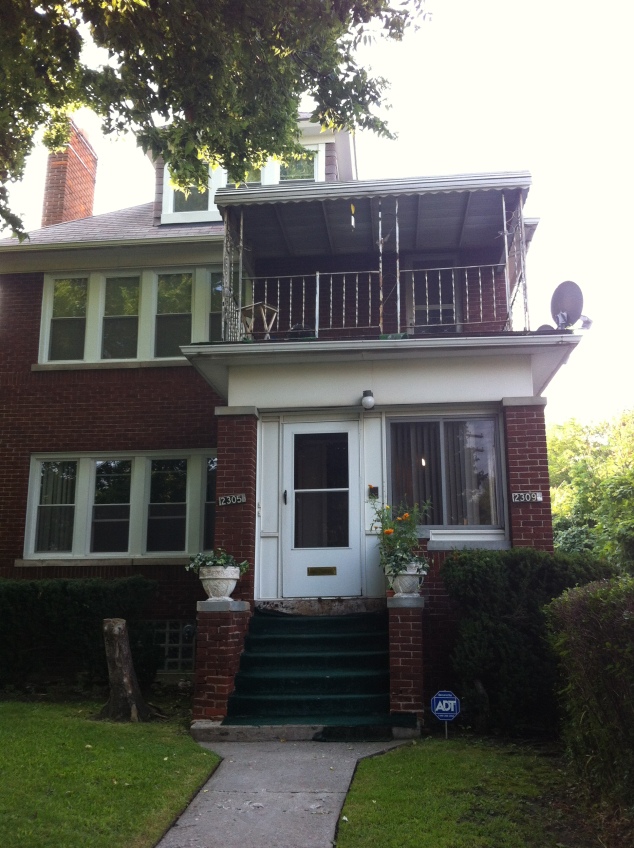 I arrived at their house around 5:30pm on Friday, just in time to assist with the final preparations for Dana’s party. The backyard was tented, there were pretty white lights strung along the tent and a little firepit was loaded and ready to go. I met Brian’s sister and her partner and started the celebrations with a nice glass of Russell’s Reserve Rye. Let the party begin! 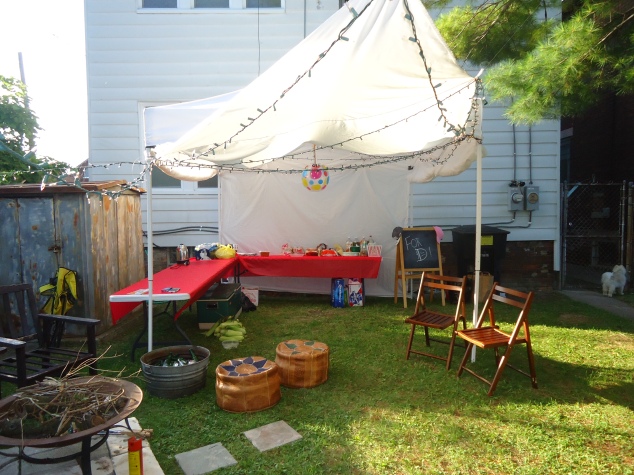 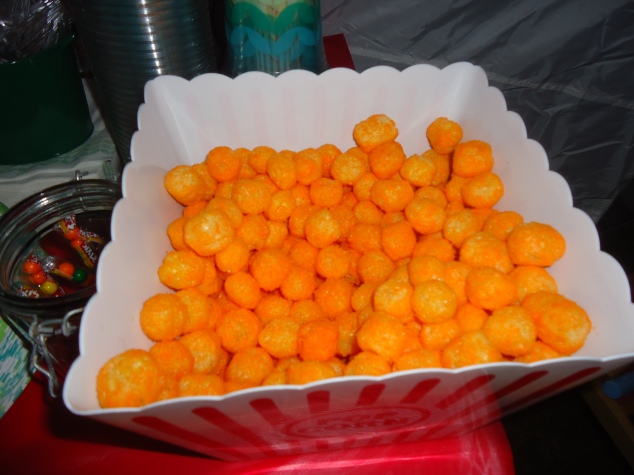 The weather was perfect outside and Dana and Brian’s friends were wonderful. I lasted until about 11pm when I collapsed into a sleepy tipsy heap in my sleeping bag.

Saturday morning I woke to the smell of coffee and wandered into the kitchen to find it full of party guests. After breakfast and party clean-up, Brian took us on a little tour of the area. It was heartbreaking to see such beautiful houses, some of which would be worth hundreds of thousands of dollars in another city, just empty and abandoned. We also found some interesting urban artwork and graffiti along the way. 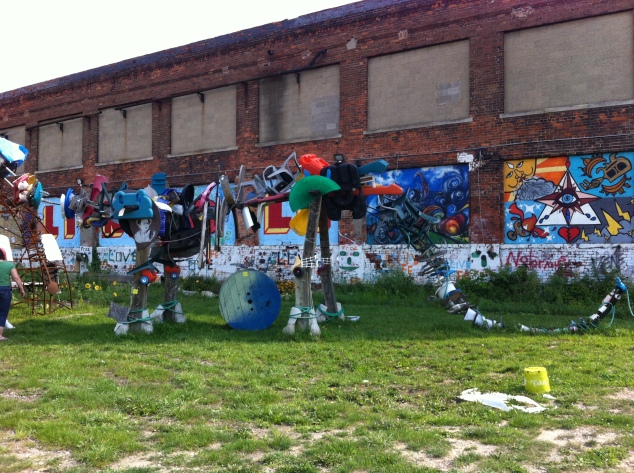 After we returned from the tour, we headed out in caravan to the Detroit Eastern Market. I have never been to a market so HUGE! Produce, restaurants, food trucks, music, and more. It was incredible!

This young lady had her boom box playing accompaniment while she played the melody to True Colors. She was fantastically talented. Perhaps the blue violin had something to do with it!

That evening we had plans to go to Bakers Keyboard Lounge, the world’s oldest operating jazz club, about 10 minutes down the road. This is a really neat little spot, and Dana and Brian said the food was fabulous. I tried the fried chicken, with mac and cheese and greens. The best fried chicken I’ve EVER had . I’m pretty sure I licked my plate clean.

The highlight of the evening, however, was the music. Allan Barnes and his group played. Allan is a fantastic saxophone/flute player, and completing his group was a trumpet, bass, guitar, piano and drums. All of them were top notch musicians. Enjoy a bit.

After a couple of sets and some great food, we headed out to a tiny neighborhood bar until the wee hours of the morning to shoot a few games of pool with a few beers. So pleased that I was able to celebrate along with Dana and her friends!

Next….an unplanned coda to my trip!

3 thoughts on “A Couple of Days in The D”