Last year, my younger sister Renée was offered an opportunity to transfer to San Diego, CA to a new satellite office of her company after working there on a project the previous year. Eager for a new adventure, she jumped at the chance. At Christmas, she expressed some trepidation at the prospect of driving across the country and wondered if I might like to keep her and her kitty company on the drive. After my cross country travels the previous summer, I told her yes! As the July move loomed closer, she brought up the subject again and I reassured her I was game. How could I pass up an opportunity to see more of the country as well as a city I hadn’t yet visited?

At the beginning of June,  movers packed up her house and she and her kitty Rigger moved in temporarily with my mom until the July move-in date. Her plan was to fly me to Chicago, pack up a small truck with her remaining personal items, work stuff, and Rigger, drive to SD and then fly me back to Louisville. I was excited for another adventure, as well as the chance to spend some time with my sister. I eagerly plotted the 4-day trip, making our hotel reservations in advance. It was a fairly straight shot that would take us through Iowa, Nebraska, Colorado, Utah, a smidge of Arizona, Nevada, and California.

On July 1st I took the short flight into Chicago. The next morning, we picked up the 12 foot box truck and packed all her remaining belongings in the back. Rigger was given a dose of a kitty knock-out drug and she was stowed in a nice roomy wire cage that fit absolutely perfectly between the two seats in the cab.

Rigger in her truck home

After a tearful goodbye with Mama, we headed west on I-88 at about 10:30am. Rigger meowled but as the drug took effect, the white of her third eyelid closed over her eye and she settled down. This route was familiar to me; I’d traveled the state of Iowa many times while I lived in Iowa City and Ames. Soon we passed into the flat state of Nebraska. Dark skies and thunderclouds loomed ahead in the west, but luckily we’d left late enough that we dodged them all. As we approached Grand Island, NE, our first stop, the skies cleared and the sun shined brightly into our eyes. We celebrated our first complete day with a couple of Blue Moons at the small bar and grill at the hotel. 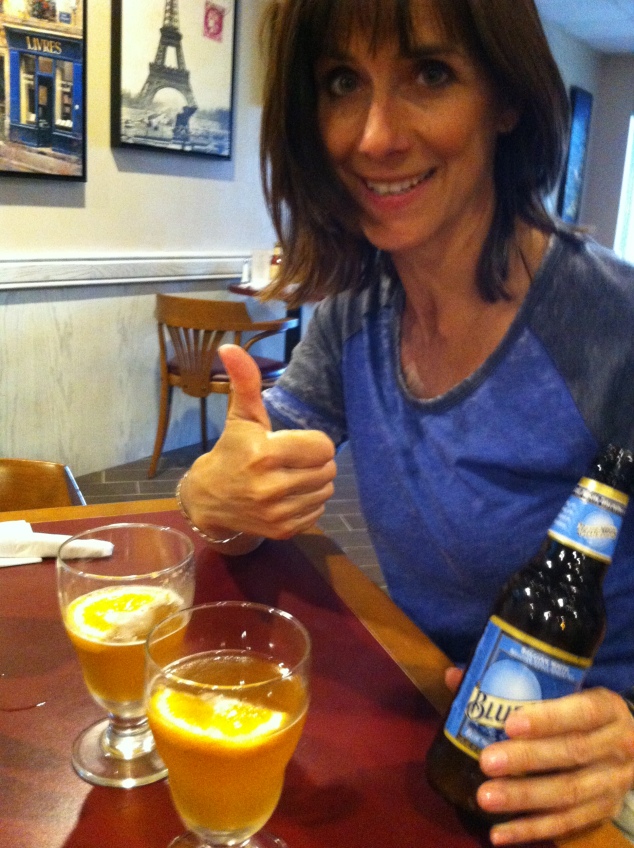 The next morning we rose early, drugged the kitty cat, and set off. I dreaded the remainder of Nebraska, remembering it to be flat and ugly. However, it was much prettier than I recalled from years past – lush and green from all the recent flooding rains. Eventually we crossed into Colorado, and as we drove through Denver the snow capped Rocky Mountains appeared before us in the hazy sun. As we passed Empire, my WAZE app directed us off of I-70 due to some construction. The detour was just as gridlocked, but took us through Clear Creek Canyon, a spectacular canyon with a stunningly picturesque creek where kayakers and rafts rode the rapids. We were grateful to crawl along the detour, viewing the magnificent beauty around us. 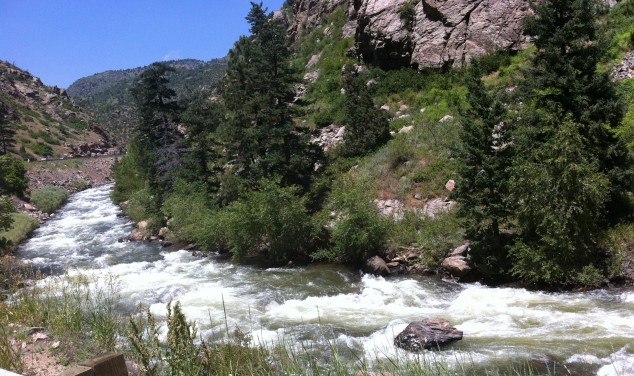 After getting back onto I-70, the landscape was even more breathtaking as we drove past Central City and Vail. We stopped for the night along the Colorado River in Glenwood Springs. After a nice outdoor dinner at a local Mexican place with a couple of well-earned margaritas, we wandered around until we spotted a sky lift upside a local mountain. We snagged a couple of tickets up the lift to the top of the mountain, where Renée posed in front of some adorable wooden bears and moose characters.

Renee and her friends

Saturday we left the beautiful little resort city behind, along with the Colorado River, and headed into Utah. Rigger was having an especially difficult morning, meowling louder and longer than usual. Afraid that she might not have gotten that ½ pill down earlier, Renée pulled over at a scenic view to re-dose her. While we were there we took in the beauty of our Utah surroundings.

Rigger slept soundly as we continued across the hot state of Utah. As we passed the exit for Moab, I looked longingly to the south towards Arches and Canyonlands National Parks, both of which I have yet to visit. Finally we merged onto I-15 South, past Bryce Canyon and Zion National Park. After a short 20 miles or so across Arizona, we crossed into the state of Nevada into the blistering hot small town of Mesquite. Our hotel for the night was nice and new, but very isolated. We walked around the blast furnace heat looking for a place to eat with no luck. We got back into the truck and drove to the edge of town until we found a Peggy Sue’s Diner and had a light bite.

The hotel was perched high on the edge of town, and we had a good vantage point for the 4th of July fireworks taking place at the casino that night. After a spectacular sunset, we found a spot on the edge of the parking lot and watched the fireworks display. 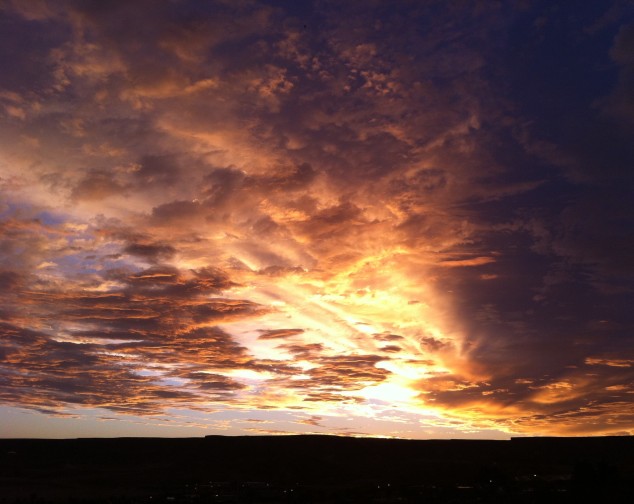 At last it was Sunday, our final day of driving. We packed Rigger one more time into her cage and departed early. We had the road to ourselves until passing through Las Vegas around 10am. After that, the throngs of holiday gamblers headed back to California. Traffic was heavy all the rest of the way. And unfortunately, the scenery between Las Vegas and San Diego is nothing to write home about!

We passed the final hours of the drive listening to some great podcasts, most notably Marc Maron’s WTF show. We heard some wonderful interviews of Barak Obama, Terry Gross of NPR’s Fresh Air, and comedienne Andrea Martin. Renée also shared her excellent taste in music, and introduced me to a fantastic group, the California Guitar Trio. We listened to their amazing renditions of Beethoven’s 9th Ode to Joy, Queen’s Bohemian Rhapsody, and the jazz classic Caravan. Extraordinary musicians!

Finally we arrived in Vista, about 20 miles north of San Diego, and pulled up to her cute townhouse. Rigger was released from her 4-day prison into her new home as we unpacked several boxes into the house. After relaxing for a bit, we drove a short distance to Renée’s office, met her super nice French coworker Francois, and unpacked the remaining items from the truck.

Monday morning I bid farewell to my wonderful little sis, hopped a shuttle to the San Diego airport and headed home to Louisville. Although she lives hours and hours away from the rest of the family now and we will miss her terribly, I’m so proud of her for taking a leap of faith and moving to a new city across the country. I was grateful to have the chance to spend some time with her, and experience some beautiful country at the same time. The amazing adventures continue!