Flathead Lake was unknown to me until a dear friend sent me a message saying she’d seen a segment on this beautiful place on CBS Sunday Morning. I’d researched it –  it is the largest natural freshwater lake west of the Mississippi. I’d  looked at images and pictures and couldn’t wait to see THIS  in person. 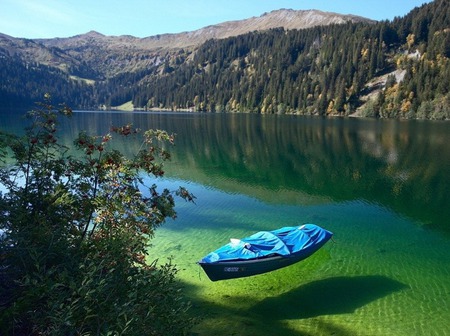 I had been staying in Missoula which is south of Flathead Lake. I made a reservation the following  night in Kalispell, which is north of Flathead Lake. I had two choices: to drive from south to north on one side of Flathead Lake (either 93 or 35) and only see half of it, or to drive all the way around and then back up again. Since I was starting so early that day, and had nothing else to do, I decided to see the entire lake and then some. So, I left Missoula early and started the hour drive north to Flathead Lake on Route 93. Soon I began to see some beautiful mountains on my right. I stopped at a little informational pulloff and saw that they were the beautiful Mission Mountains. 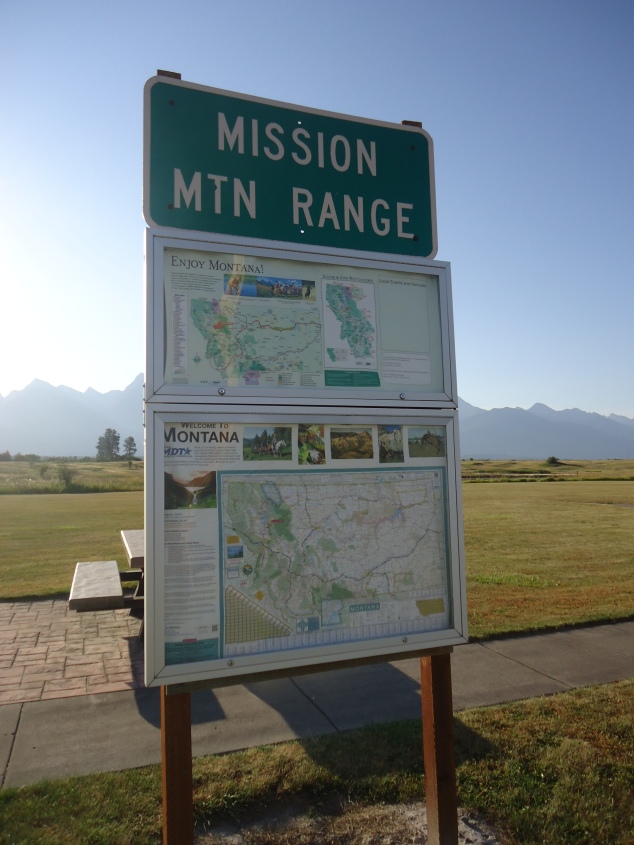 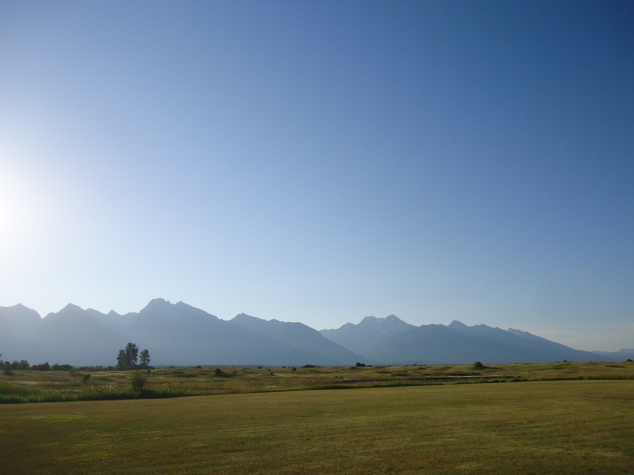 Continuring on, I saw some friendly faces along the way and stopped and said good morning. 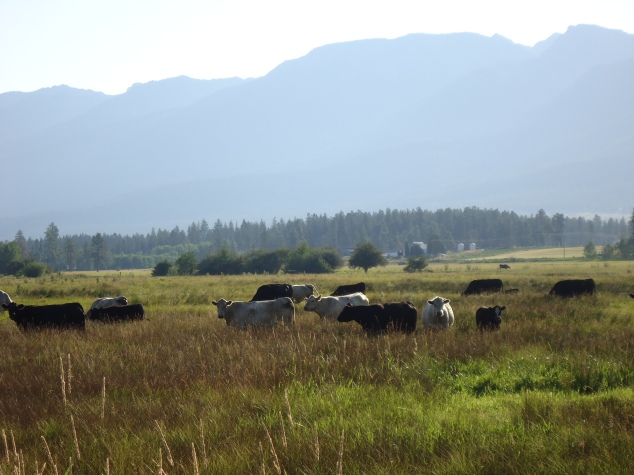 Finally I came to a scenic view pulloff and there it was, in the distance, my first view of Flathead Lake! 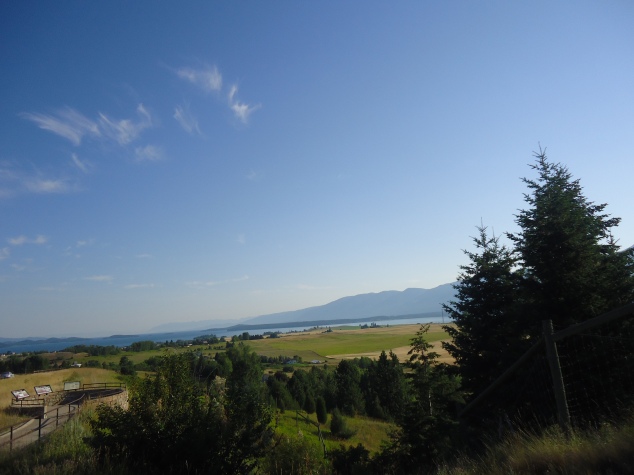 Flathead Lake – in the distance

I pulled into the little tourist town of Polson, MT, right at the southern tip of the lake. I decided to start driving up the lake on the eastern side, Route 35. Starting my quest to find the view that I’d seen so many times on Google. I couldn’t wait!

I drove on this beautiful scenic drive, but there didn’t seem to be a good view of the lake yet, and certainly no good places to pull off!  The road was very narrow and windy. I did see many cherry stands, so I stopped and picked up 2 pounds for $5!! 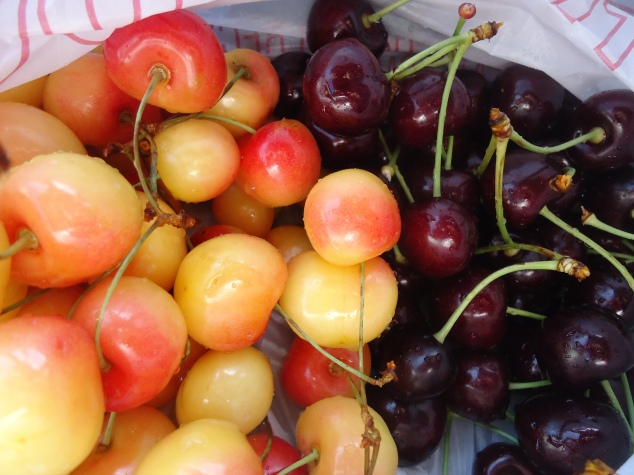 Continuing my drive, I found a little state park and pulled into that, hoping to get access to the lake. I walked down to the shore and looked out onto the lake. Beautiful, but still hadn’t found the elusive spot. 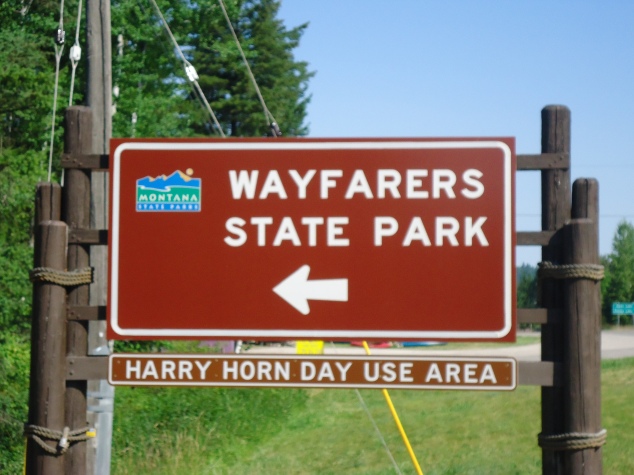 State Park on the lake 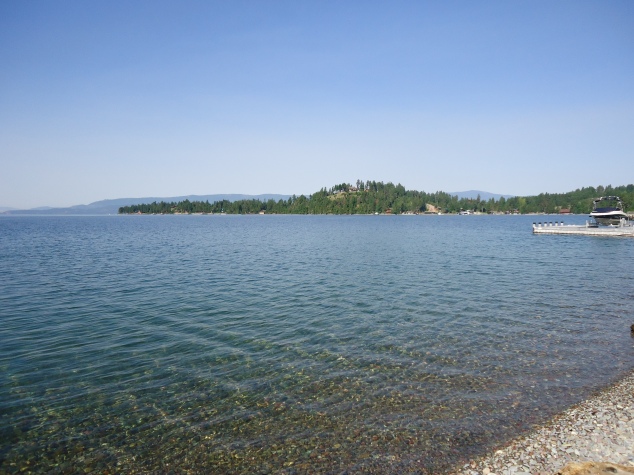 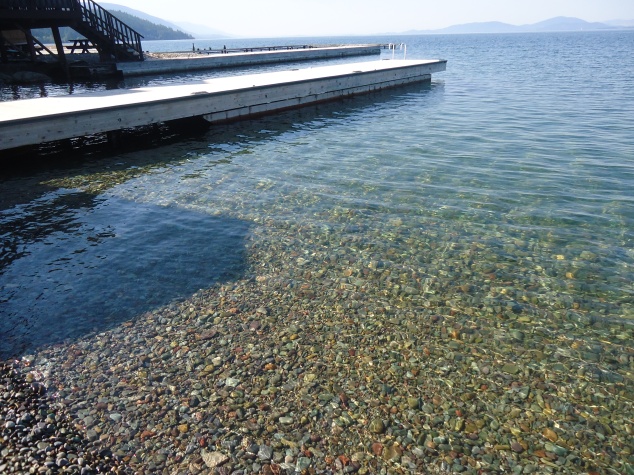 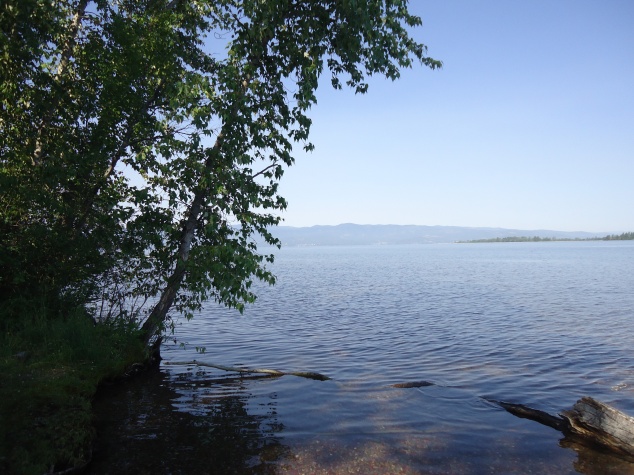 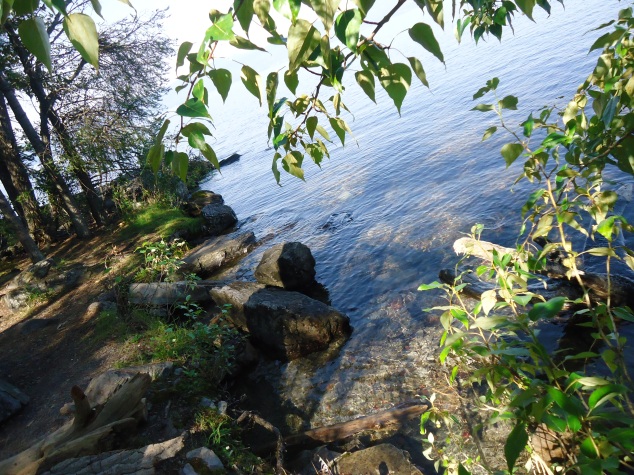 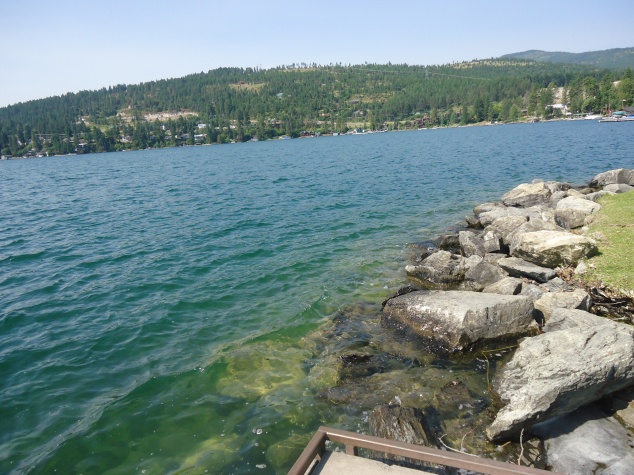 I made it to the town of Bigfork. I’d read about this town – great views of Flathead Lake! But hmmm…..no direct access to the lake.

I was now at the northern edge of the lake. Everything I’d read had indicated that the east side had the best views. But, it was early and I had plenty of day left, so I drove west on 82 until I reached 93 and turned south, hoping that the west side of the lake drive would bring me to this view:

I saw another likely spot and pulled into the Lakeside Volunteer Park. I walked down to the edge of the water, and stepped in. Oh, so cold and nice! And so clear!!! 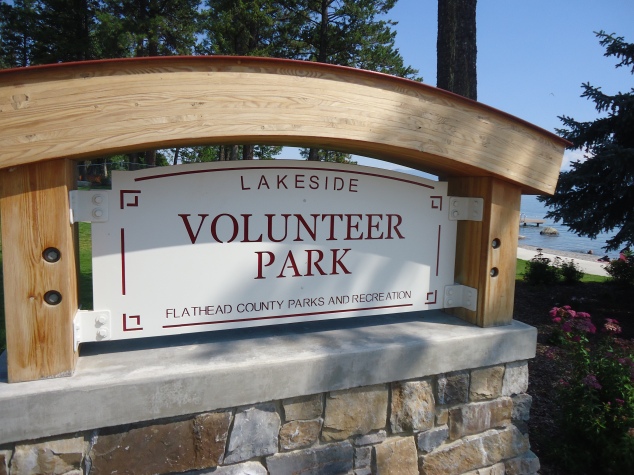 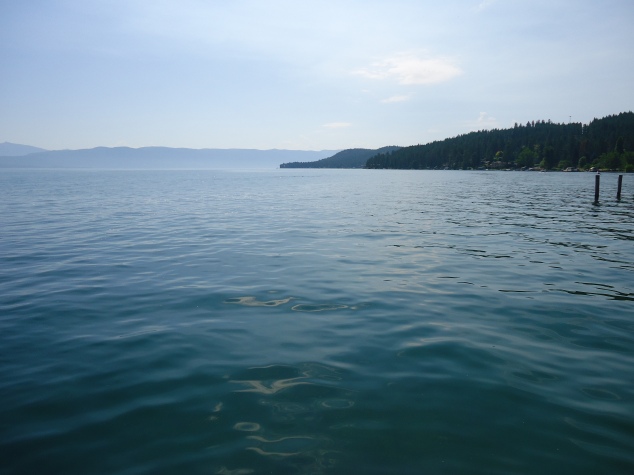 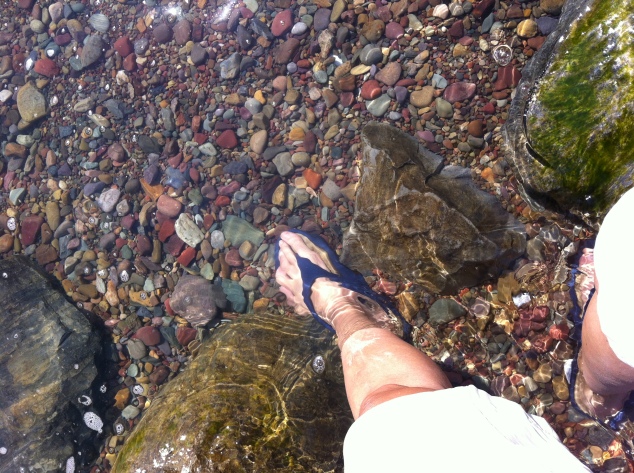 After leaving the town of Lakeside, I found a nice spot to pull off at the side of the road and took these lovely shots. 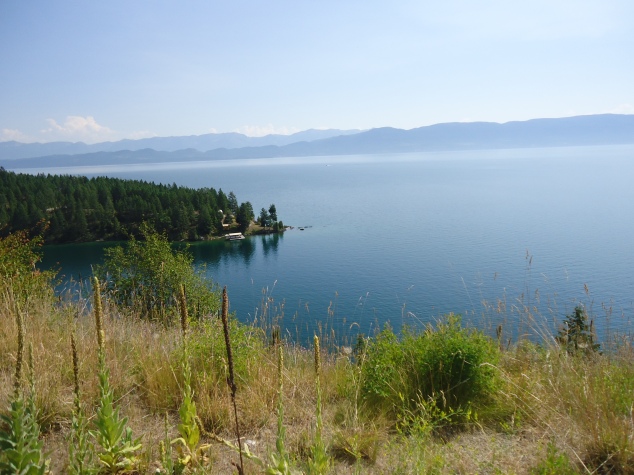 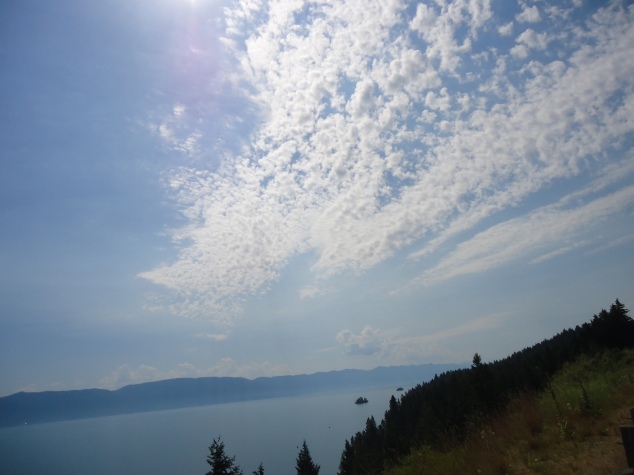 Still searching for the elusive view, I continued my drive and found another state park and walked down, snapped some shots, and enjoyed the view. 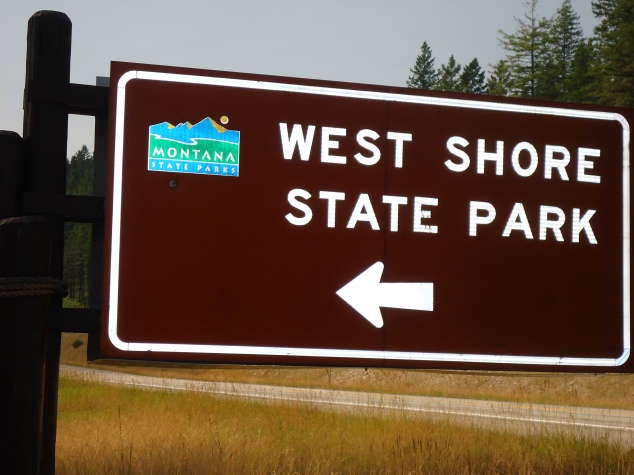 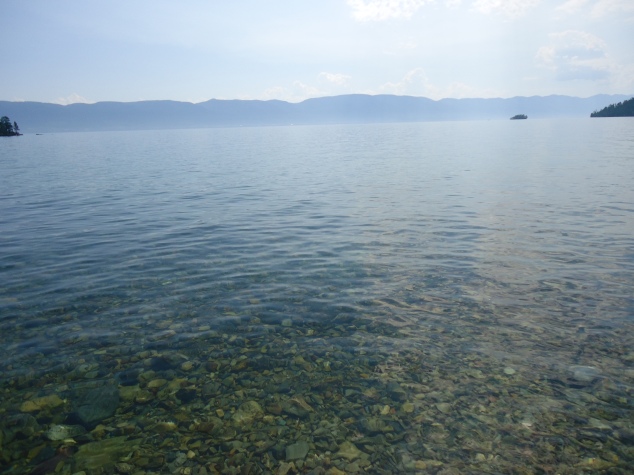 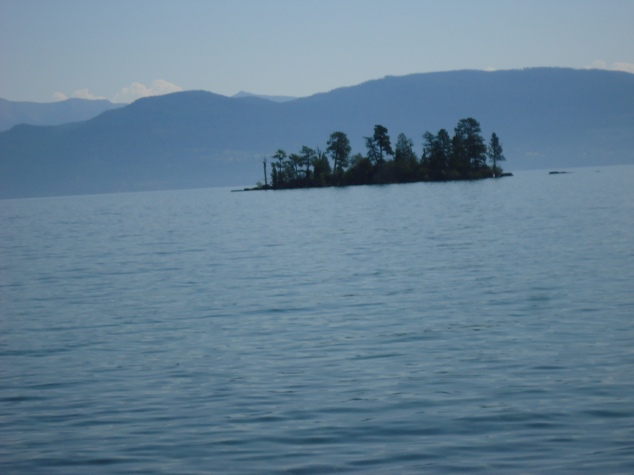 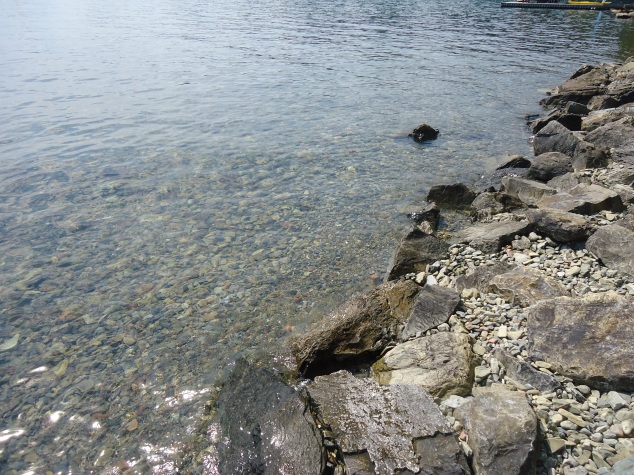 I’d almost completely made it back to Polson – and then I hit some construction. One lane road ahead, so the workers were stopping traffic and bringing a group through with a pilot car. I sat there in the hot sun for about 30 minutes. I knew I would NOT be coming back up this side of the lake! After I got through the road work, I hit the last state park on that side and relaxed for about 20 minutes. 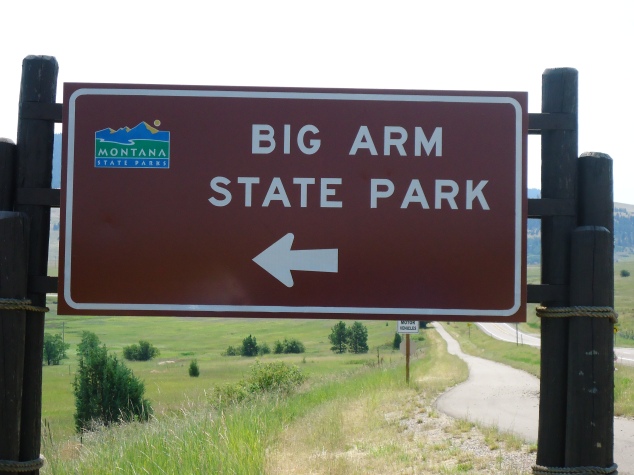 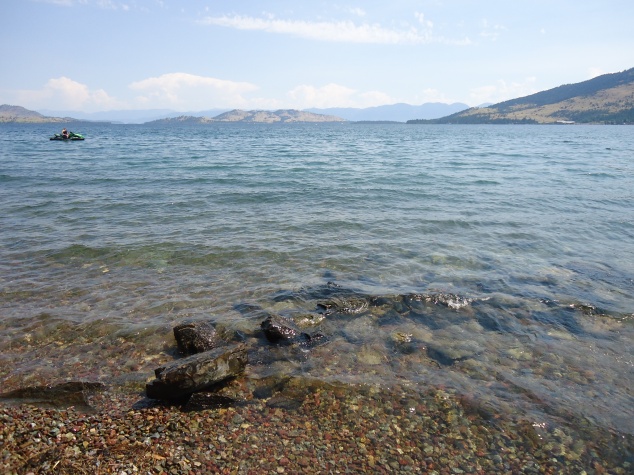 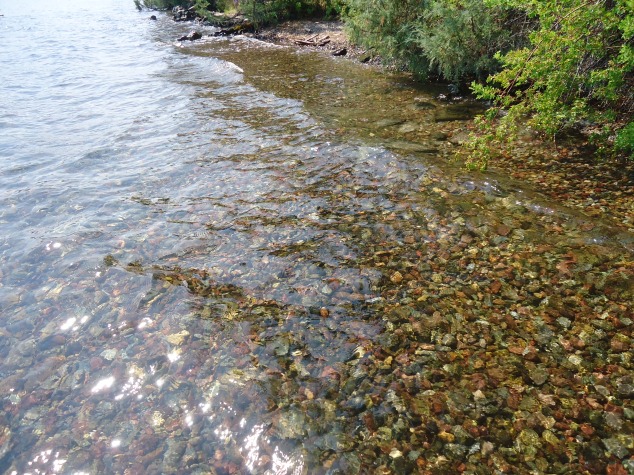 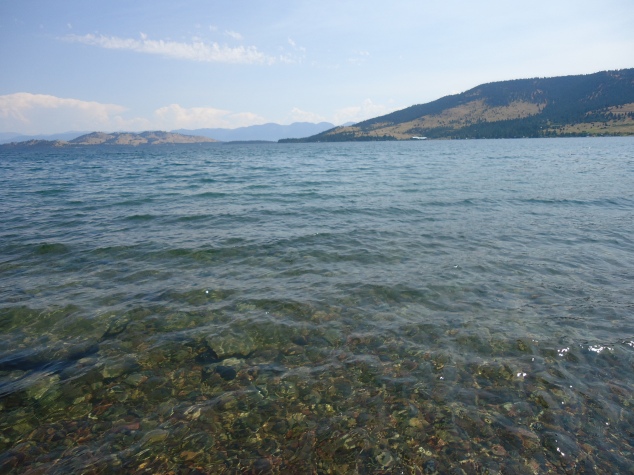 I ended up back  in the town of Polson again and headed back up the east side of the lake again, heading towards Kalispell and my motel for the night. I didn’t think I missed a good view the first time around, but I kept looking. I had seen a perfect spot for lunch on the way up, so I stopped and had a delicious emu burger!!! 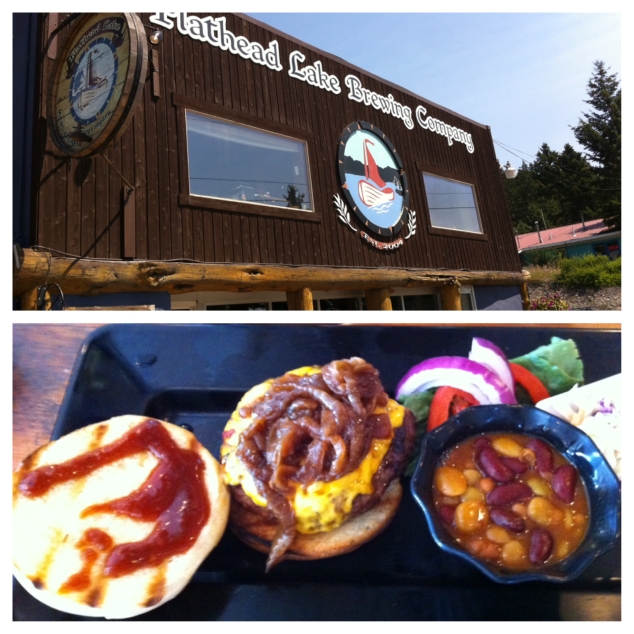 Emu! it was good!

I finished lunch and headed north towards Kalispell, away from Flathead Lake. Lesson I learned from the day: Sometimes we have a picture in our mind of what we are going to see or a story of how something is going to turn out. And often that doesn’t happen. I never did see the spectacular images of Flathead Lake that I’d seen on my computer. Who knows what season it had been taken, the time of day, what kind of camera, from what angle-all those variables. But despite that, I had a wonderful time driving the lake today and it is indeed unbelievably beautiful. (but it would have been nice to have seen this!)